Inside Interiorscaping During COVID-19 - National Association of Landscape Professionals

Lawn care and landscaping were deemed an essential service early on during the pandemic, but the niche interior plantscaping has faced its own challenges due to its indoor nature.

While working outside has been seen as a low-risk activity, concerns over having too many people together inside has caused companies to shift to full-time remote work, outdoor dining only, and other changes.  We caught up with several companies who offer interior plantscaping to see how this service has been fairing this year.

Craig Lustig, LIC, president of Anything Groes based in Crestwood, Kentucky, says they’ve had clients cut back, but only a small few have eliminated their interiorscaping entirely.

“The term people use is ‘we want to put it on pause,’” Lustig says. “Some businesses they’ve just got a fraction of the people that are working there and they’re trying to get their arms around expenses.”

Likewise, Chris Raimondi, LIC, president and CEO of Raimondi Horticultural Group, Inc. based in Ho-Ho-Kus, New Jersey, says they’ve had very few who have completely eliminated the service, but a handful have paused their services.

“We’ve found most will work with us where they still pay their invoice and let us have access, but the people aren’t there,” Raimondi says.

For Plantscapes, Inc., based in Seattle, Washington, they had 191 accounts contact them to stop service temporarily at the onset of the pandemic.

“We created a spreadsheet and updated it as time went by,” says Louise Fair, LIC, interior division manager for Plantscapes. “111 of those accounts are back in service, 56 are still suspended and 20 canceled service. We’ve had a few additional cancellations due to budget.”

Fair says they still have some who are waiting for everything to open up.

The main reason Lustig’s clients were reluctant to have his crews on site was due to employee safety. Raimondi says some businesses didn’t see the point having them on the premise if no employees were there and had to be reminded the plants still needed to be taken care of. Fair says it was a mixture of both for their clients.

At the beginning of the pandemic, Lustig says people panicked and were very fearful of having anybody from the outside come in.

“They were very hesitant to let others in,” Lustig says. “We, of course, were trying to explain to them that these plants are living things. If they don’t get water, if they don’t get tended to, they’re not going to survive. So somehow, we have to figure out a way for you to let us in.”

This called for Anything Groes to be very creative when it came to servicing customers. For some clients, they worked after hours or on the weekends, while in other situations the property management company would open up the building so crews could tend to the plants when nobody was in the office.

Raimondi says they suspended their services at the start of COVID-19 because they did not want their employees to get sick.

“We have since reestablished all the residential and commercial accounts are coming back on a fairly regular basis,” Raimondi says. “It is still tough. The New York metro area which we service is still in serious terms and conditions.”

He says some customers aren’t coming back until January 2021.

“Many of our clients are in buildings with heightened security and we have had to acquire badges or make appointments with our clients to take care of their plants,” Fair says. “Techs have had to revise their schedules to be able to meet clients who are only in their offices a day or two during the week.”

Now, Lustig says things are back to normal for the most part, but there’s a small percentage of clients they’re still having to work closely with. He says their hospitality clients have felt the impact the most.

“The hotels, their occupancy levels are single digits, low double digits,” Lustig says. “It’s a bad situation for them. They’ve said to us, ‘We don’t really have the money to pay you.’ Those were some pauses and we worked really closely with them. We provided our services at a reduced rate and changed the level of service that we provide.”

Lustig says they’ve heard some rumblings of companies considering downsizing. He says he knows a handful of clients whose leases have expired or are set to expire shortly. One company is not renewing their lease and haven’t made plans to look for a new space until things can get figured out with the virus.

“People are really hesitant to make any big decisions right now,” Lustig says. “Concerning their offices, concerning things that are going on inside the offices, not only with respect to plants but with respect to the renovations that they’re doing. If people have things in motion, they have stayed in motion. We’re fortunate that we do have a number of large projects that we’re working on.”

Raimondi says he hasn’t heard anything from customers planning to downsize their offices, but he is keeping an eye on it. He has seen a change in-office procedures with companies staggering their start times or workdays.

“Most of the accounts that canceled had to for budget reasons,” Fair says. “There have also been a lot of offices moving. We have heard rumors that more people will be working remotely permanently in the future, but have also heard some large employers starting to complain that productivity is down due to working remotely.”

Lustig says they applied for and received PPP funding at the beginning of the pandemic, which helped them a lot, and now most of their business has come back so they don’t have any plans scale backing interiorscaping. He says they’re actually hiring right now.

“We think it will take at least a year for things to get back to a normal pace in the interior,” Fair says. “However, indoor plants have had a resurgence in popularity, and with all the interest in biophilic design, and we are hoping businesses will want to use plants in the workplace.”

Raimondi says they’re holding their own this year, but knows they’ll be down in interior holiday decorating. He also notes that the impact of COVID-19 has been different depending on the region as well.

“We’ve been the most severely hit and the slowest to recover,” Raimondi says. “Other states elsewhere in the country haven’t been hit as hard so some interiorscapers are doing quite well.” 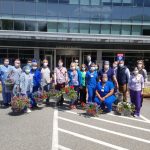 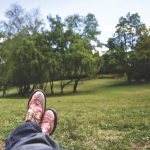