In Memoriam: Joe Carpenter - The Edge from the National Association of Landscape Professionals

Ralph Stout, former owner of Southern Seeding Service, Inc., says Carpenter came from a humble background and his father was a small landscaper. Stout says he developed a friendship with Carpenter immediately after meeting him. He is the one who encouraged Carpenter to join ALCA.

“Joe got involved because he loved his work and he was trying to help the industry have a little more prestige,” Stout says.

During his time with ALCA, Carpenter served in the various officer positions and chaired the insurance and safety committees for a number of years. Gary Thornton, with SLICE Technologies, says Carpenter was responsible for getting things up and running with the insurance program.

“That’s one of the major contributions he made there because that really allowed for fantastic growth within the organization,” Thornton says.

Tom Lied, LIC, with David J. Frank Landscape Contracting, says Carpenter was also involved in the Crystal Ball Committee, which served as a time for industry leaders to gather and put together recommendations that would be helpful for landscape contractors to work into their business procedures. They would also look forward to what might happen in the future and prepare for what contractors might need to understand and deal with in the near future.

“He believed in ALCA and he accepted that this industry was a business and not a game,” Lied says. “He tried to lead the contractors to do their work as businessmen and participate in the construction industry as equal businessmen.”

“He was a driver,” Bailey says. “If Joe had a mission in mind, he would accomplish it.”

Carpenter was passionate about promoting the professionalism of the industry and did so with his own company. Lied says Carpenter enjoyed his business and put in every effort to make it valuable and productive and to produce good results for his clients.

“He showed to a lot of us, way back when, that you could be an erosion control/seeding contractor and be very professional about it,” says Bill Thornton, LIC, Thornton and Associates.

Fellow past ALCA presidents all describe Carpenter as a country boy.

“He just appeared to be the old quiet country boy that just kept plugging along and when you really paid attention to what he was saying it was something pretty wise and important,” says Bill Thornton.

The past presidents also all recall Carpenter’s sense of humor and how he was always cracking jokes.

“Joe was a very humorous person and I think he valued that greatly as a way of being,” Bailey says. “I think he’s the one that gave me the comment that I still use in my life: ‘If you can’t make it fun, why the heck are you doing it?’”

Carpenter is described as being a warm, pleasant person who valued integrity.

“Joe was such a likable guy and so friendly and so down to earth that almost everything was memorable about him,” Gary Thornton says. “He was a straight shooter. He would want everything to be aboveboard, no hidden agenda with Joe.”

In 1999, Carpenter was awarded the Lifetime Leadership Award, which is presented to a member who has dedicated his or her life to the landscape and lawn care industry. Carpenter also served on the association’s Foundation Board (then called PLANET’s Academic Excellence Foundation Board). In his personal life, Carpenter loved his wife and family and valued his many relationships he formed over the years. Carpenter was very involved in serving his local community as well. He was a member of Gaston County Chamber of Commerce for over 40 years and also served as a Gaston County Commissioner for 1988-1991 and 2000-2016.

Lied says Carpenter’s legacy is leaving behind people who enjoyed him and learned from him to become better businessmen and better landscape contractors.

“I think he left the world a better place than when he got here,” Gary Thornton says.

Memorials may be made to Piedmont Council Boy Scouts of America, 1222 E. Franklin Blvd. Gastonia, NC 28054. 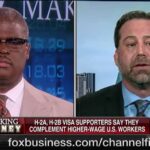 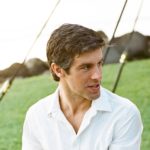 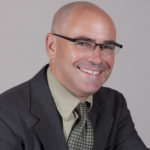