How To Reduce Change Order Frequency on Design/Build Projects

When you’re in the middle of installing a client’s landscape project, it can be a hassle when the customer decides to add on to the scope or make site changes to the job.

Not only does it tend to throw off your scheduling, but it can create billing issues and additional paperwork. If this happens from time to time, it’s probably not an issue, but if it’s occurring with almost every client or multiple times on a single project, it can become a major headache.

The main key to decreasing change order frequency is making your design process more detailed from the start. Jeff Korhan, founder of Landscape Digital Institute, based in Chicago, Illinois, says when he owned his landscaping business, they rebuilt their lead management process with four Cs – communication, collaboration, creativity, and commitment. During the communication phase, they would start with unlimited possibilities and an unlimited budget.

By the collaboration phase, the client would bring in all their photos of landscape elements they liked. Both the designer and the homeowner would draw what they had in mind. Korhan says this was intentional to get the client working on their own solution, with the intent that if you helped build the solution, you’re more likely to like it.

Based off the client’s wants, they would present good, better, best choices for elements such as the hardscape material for the patio. As they’d discuss, the client would decide what they really wanted and where they could compromise on a less expensive option.

Korhan says the design process was orchestrated so the client makes choices all the way through and helps build their solution. Their close rate increased, and the majority of their change orders were eliminated because they had been so thorough in exploring the options at the start.

“We quit wasting time,” Korhan says. “They quit being unhappy. There were just tons of gaps in the system. You’re dealing with human behavior. People get emotional. They come in with a $35,000 budget and spend $70,000 because they finally see what they’re spending the money on.”

He says the commitment part of the process was a celebration because the client was so excited to get started when they put their money down.

Joe Stark, marketing director for Ground Works Land Design, based in Cleveland, Ohio, says they were experiencing changer orders quite often before they started emphasizing qualifying and leading people through the Ground Works process. He says they’ve gotten very serious about this process over the past five years.

After thoroughly qualifying their potential lead, they will meet in person and discuss the budget early on.

“Some people are scared or think that’s awkward, but I really think that’s one of the main determining factors of what you can do just to start the conversation,” Stark says.

Ground Works also charges a design fee and sends their clients an in-depth survey that asks for everything from project pictures to preferred plant varieties. Stark says they pride themselves on their customizations and matching the client’s needs, so the survey works to gather every aspect of a project they’d want.

Similarly, Jennifer Shepherd, office manager of Southern Cross Outdoors, based in Griffin, Georgia, says they’ve worked hard over the past 18 months to improve the pre-work in the design process, including in-depth consultations, detailed plans, 3D renderings and walkthroughs prior to breaking ground on a new project.

“Change orders happened more frequently on jobs that were not planned properly from the start,” Shepherd says. “Now that we require a design plan (the complexity of those plans varies) on every project, the need for design or material-related changes is usually caught early. The biggest request we’ve received recently has been clients wanting to add more to the scope of work which we explain will need to be scheduled for a later date.”

Shepherd adds that your ideal client will be excited to follow your guidance. She says you should educate the client on how you do things and be clear on what is included in the scope of work. Don’t change your policies just to secure a job. 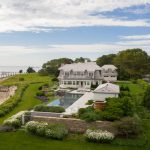 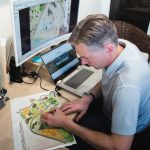 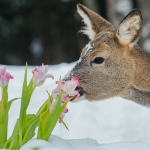