How Lambert’s Won Two Coveted Judges’ Awards in One Year

Lambert Landscape Company won two Judges’ Awards last year in the National Association of Landscape Professionals Awards of Excellence program. One award was for renovating a plaza in time for a town’s 100th anniversary celebration; the other, for creating a garden that seamlessly integrated with a newly construction Normandy-style home.

Winning two Judges’ Awards in one year is unusual, but winning awards for its projects is not for this Dallas-based company. “We enter every year and certainly our goal is to win, maybe not a Judges’ Award every time, but certainly to gain national recognition for our teams’ efforts,” said Judson Griggs, Lambert’s director of sales and marketing.

Ninety-eight percent of Lambert’s design/build work is in the residential market, which made winning the town hall renovation project last year a bit unusual. “There’s a connection,” noted Griggs. “Lambert’s will celebrate 100 years in business in four years. Helping out with a project for a town also celebrating a centennial milestone seemed a good fit for the company. There were challenges, though, not the least of which was constructing a 7½-month project in only six months.

“We often submit projects that are unique, ones that have seemingly unreasonable schedules, a high degree of difficulty, or require incredible attention to detail and the use of unusual material. The garden we constructed for the Normandy-style home, for example, included a 16th century lavabo salvaged from a French monastery and a 17th century stone cider press that was transformed into a wall fountain.”

Advice for Winning an Award

Griggs offers the following advice to companies considering submitting a project for an Awards of Excellence: “Make sure to secure before-and-after images of the project from the same vantage point so judges get a feel for the landscape transformation. Spend the money on a professional photographer, too. The work they do adds depth and meaning to the image. 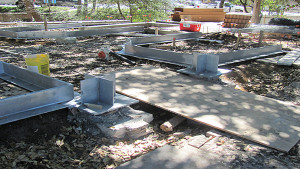 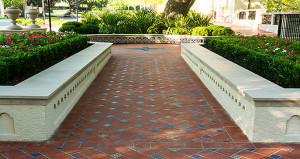 “Our team also spends a lot of time on the project descriptions, for both the narrative and the individual images. We actually read them out loud to ensure they capture all the important points.

“There are many reasons to enter a project, but nothing compares to the team morale generated from winning an award.”

The time and money spent to enter projects have been well worth it for Lambert’s, especially when team members come home with a winner.

Awards entries will be accepted through August 3, 2015.