HighGrove Partners, based in Austell, Georgia, has been the official landscaper for the Atlanta Braves for 10 years.

They are responsible for caring for all the landscaping inside and outside Truist Park, except for the baseball field. They also maintain The Battery Atlanta, which is a 2-million square foot mixed-use destination adjacent to the stadium.

“That work consists of pruning, making sure the weeds are under control at all times and the mulch is tucked and in place,” says Ryan Gardiner, vice president of client services for HighGrove. “Obviously, at times like this when we have these games and there are large amounts of people there, we have to be careful of making sure that there’s no damage done to the plants and pick up trash and making sure things are in place. Honestly, it’s all about the fan experience and making sure when the fans go there, they know they’re at a place that looks fantastic.”

The Braves were Gardiner’s client at his previous company and when he came to HighGrove they found him and wanted to continue to work with him.

“I’ve managed the Braves for 15 years; it’s one of my babies,” Gardiner says. “My position is vice president of client services, but I still do manage this account directly because it’s my client. I’m always going to take care of them. It’s a showpiece for us for sure. It’s exciting to say we have that in our portfolio and that we’re the official landscaper for the Braves and The Battery.”

Gardiner says it’s a great account and something they pride themselves on. He says they use this property to their advantage with other clients and new prospects to display the level of their skill. HighGrove has Braves season tickets and sends people to Truist Park to view their work firsthand.

While baseball is seasonal, The Battery is open year-round as an event space and features a number of bars and restaurants.

“That’s one challenge we face is the number of people, but we’re out there two or three days a week making sure everything is looking good,” Gardiner says.

A crew of three or four HighGrove employees typically maintains the property in the mornings and they make sure the day after a game all the trash is picked up and any shrubs that might have been stepped on are taken care of.

“The landscaping does take quite a beating from the amount of foot traffic,” Gardiner says. “So that’s really is our biggest challenge is the number of people that are there.”

Gardiner has two contacts for the account, one for The Battery and one for Truist Park. They work together to make sure both places are kept up to the standards that the fans expect.

He says the three biggest events for Truist Park are Opening Day, if the Braves go to the playoffs and if they go to the World Series.

HighGrove started preparing the landscaping weeks ago when the Braves played the in playoff series. Gardiner met with his two contacts for the Braves organization and came up with a plan. They were able to install a number of flowers at The Battery while the team was away for the last playoff series.

“Right now this week, we’re preparing for that as well,” Gardiner says. “Making sure everything’s in bounds, mulch is in place, shrubs are pruned, trash is picked up. Just making sure when the fans go there this weekend, Friday and Saturday, they know that they’ve come to a place that looks beautiful.”

Gardiner says this is the first time they’ve experienced preparing the property for the World Series and they are working to have everything in tip-top shape. 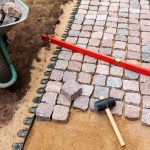 Business Smarts: What to Consider When Adding a New Service 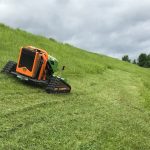 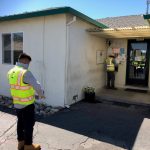 Serpico Landscaping Shares How They Are Staying Safe and Operating Lean