Cities have been warming at twice the global average due to the urban heat island effect, which is caused by buildings and pavement trapping heat. In response to this issue, several cities have created the position of ‘chief heat officer’ to be responsible for developing heat mitigation strategies.

Phoenix, Los Angeles and Miami-Dade County are some of the first metro areas to create these dedicated positions. Phoenix launched the Office of Heat Response and Mitigation (OHRM) in October 2021 and is the first city in the world with a publicly funded, municipal government office focused on heat.

“As time goes on and global temperatures continue to warm, it’s likely that more cities – especially in large metro areas – will begin to pour more resources into the fight against extreme heat,” says Spencer Blake, public information officer for the city of Phoenix. “Many cities and counties are already working on heat mitigation through existing departments and positions but creating a specific department or office to collaborate and organize the efforts can prove to be extremely helpful and efficient.”

What Are Heat Officers?

City heat officers are tasked with developing short-term strategies to keep people cool during the summer months and long-term strategies for cooling the city as a whole. The OHRM also collects data on the ROI for different heat mitigation programs and coordinates a shared regional dialogue about managing heat with municipalities and other partners.

“Heat is not an isolated problem for anyone,” Blake says. “Weather doesn’t pay attention to city or county limits, so it’s imperative that municipalities in the same area work together to figure out ways to cool their cities and towns and to help keep their residents safe and comfortable. Their cooperative efforts can ultimately address the heat problem on a regional level.”

Blake adds that being in communication with other government agencies, nonprofits, and research institutions across the country is the key to finding solutions for such a global issue. While cities like Phoenix have had urban heat programs for years, creating dedicated offices and positions related to the task makes it clear who is responsible for tackling this challenge of heat mitigation.

“We think it’s really important in the city of Phoenix and indeed in cities all over the world to have dedicated staff whose responsibility is to think about heat response and mitigation efforts,” says David Hondula, director of Phoenix’s OHRM and ASU associate professor. “We’ve certainly seen wonderful individual leadership in cities across the world with people going above and beyond their job duties to develop programs and services focused on heat, but without a guaranteed responsibility, I think it’s easy to imagine opportunities falling through the cracks. Having that responsibility, my responsibility, and the responsibility of my team to ensure that we’re getting our programs and services optimized as best they can every summer gives us a better chance to meet our community needs related to heat and human health.”

Hondula says they use Google Street View to identify black surfaces that cover a large area, as these spaces can get quite hot. One of the go-to ways to remedy these areas is adding trees.

“Trees can be a really cost-effective cooling strategy and they don’t have to be particularly expensive when it comes to water use,” Hondula says.

In 2010, Phoenix passed a tree and shade master plan that has very aggressive goals for increasing tree and shade coverage in the city. Hondula says they are working on getting more trees into neighborhoods, private developments and public spaces. They are also being careful about tree species selection.

“How are you selecting species that provide the desired services, like shade, like aesthetic benefits, while also supporting ecosystem health and balancing the all-important limiting factor of water use here in the desert city?” Hondula says. “We’re very optimistic that we can increase tree canopy citywide and that we can do so in a thoughtful manner, but it requires lining up many partners including the nursery community, tree advocacy organizations and of course some of our great staff and City Hall.”

One of the current long-term projects being conducted by Phoenix’s OHRM along with several other city departments, including Parks and Recreation, Street Transportation, and Public Works is the creation of 100 Cool Corridors by 2030. These are high-traffic walkways and roads that will be shaded by trees to help cool the overall temperature of the area.

The office partnered with American Forests in April to plant more than 250 trees at Cesar Chavez Park as their first Cool Corridor. For spaces where trees cannot be installed, incorporating engineered shade structures can also provide the necessary cooling for urban spaces. 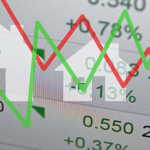 Industry Trends: Rising Rates and Risks in the Economy

Talking with Innovators: A Chat with Carissa Gingras of Briggs & Stratton 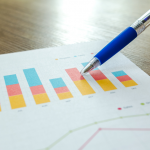 Where Do You Stack Up in NALP’s 2021 Financial Benchmark Study?