DHS to Release 22,000 Supplemental H-2B Visas - The Edge from the National Association of Landscape Professionals

Last night, the Department of Homeland Security and the Department of Labor reached a deal to release 22,000 supplemental H-2B visas. These additional visas are a result of the discretionary authority granted to DHS by Congress in the FY 21 Appropriations. The official rule has not been published and many details remain unknown with regards to the timing of the release, how will DHS/DOL handle another lottery and if DHS/DOL will require any additional recruiting of U.S. workers.

We do know that 6,000 of the 22,000 will be set aside to go exclusively to guest workers from the Northern Triangle Central American countries (El Salvador, Guatemala and Honduras). The Northern Triangle carve out is a positive development for highlighting how the H-2B program is good for workers and the countries they come from both abroad and then also the U.S. economy and domestic workforce.

This announcement comes after Labor Unions (who have tremendous sway within the Democratic party) placed extensive pressure on the Biden Administration against releasing any supplemental H-2B visas. Last week during a DHS listening session of the 30 participants who were able to speak, 27 individuals urged DHS to promptly act and release supplemental visas.

The announcement is a bittersweet win for the landscape industry. We fought for months to include the language in the FY 21 appropriations to grant DHS the discretionary authority. We then fought for months after the cap was hit in February to urge DHS to act. And now the results of our efforts are 22,000 additional visas that would never have materialized without our efforts. We wish that the number was larger and had come sooner but for historical perspective the Trump Administration did the following over the last four years:

I think this announcement of 22,000 in April demonstrates that the Biden Administration acknowledges and appreciates seasonal labor needs and the H-2B program. This is his first year in office handling the supplemental cap amidst an ongoing pandemic and serious domestic economic concerns. There were even attempts to exclude the landscape and construction from eligibility of the supplemental cap, but our efforts prevailed against that opposition. Everyone that sent an email, or made a call in the last few months to Congress or the Administration should feel proud of their efforts and the result of 22,000 additional visas that would not have materialized without a strong showing from the landscape industry.

This all serves to highlight the need for permanent reforms to the H-2B program. NALP is moving forward aggressively to pursue a permanent returning worker exemption and we will need your help in the coming days, weeks and months to push this forward.

NALP will provide updates on the supplemental rule when made available, if you have any questions please contact Andrew Bray. 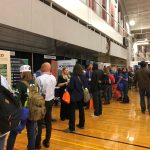 Andrew Bray is VP of government relations for NALP.