Design/Build: What to Know about Working in the Winter - The Edge from the National Association of Landscape Professionals

Home » Magazine » Design/Build: What to Know about Working in the Winter

Design/Build: What to Know about Working in the Winter

While it can be tempting to settle your company down for a long winter’s nap if you don’t offer snow removal services, winter is prime time to be selling, designing and, sometimes, even installing landscapes.

“Selling there’s never a time not to sell in my opinion,” says Barry Burkholder, co-owner of Burkholder Landscape based in Malvern, Pennsylvania. “As far as installing, it really depends on the climate. If the grounds going to freeze and it’s going to get cold, if that’s going to be a challenge, if you’re going to have to drive back and forth 20 times instead of five, you’re losing money.”

One of the main benefits of selling and designing in the winter is it allows you to build a healthy backlog for the spring.

“It’s all about having backlog,” Burkholder says. “When we have a good strong quarter one or even sometimes a quarter four when we’re closing work for the next year, it’s a comfortable feeling knowing that we have a lot of work to put in the ground so when we’re fired back up we’re going to hit the ground at top speed.”

Chappy Manzer, owner of Manzer’s Landscape Design and Development, Inc. based in Peekskill, New York, likes selling in the winter because it starts the whole design process two to three months earlier than normal. He says it allows them to plan their time more efficiently.

“We find it’s a perfect time to sell because it’s a little slower so our designers can take their time a little more,” Burkholder says. “We pitch it to the clients who want to hold off until next year. We say, ‘Hey why don’t we do it in the late fall/winter?’ because we can really spend a little more and give them a little more love and take our time through the process because there isn’t quite as much going on as in the heat of the season.”

Burkholder says for them a healthy backlog is two to three months’ worth of work.

“All winter long we are selling outdoor landscapes, design/build-wise primarily,” says Mark Borst, LIC, president and owner of Borst Landscape & Design based in Allendale, New Jersey. “Really the main focus is to make sure that we get the workload for spring lined up so that way we don’t have any shortfalls in the spring.”

Borst says they tend to carry over about 15 percent of their work from the previous year and over the winter they’ll sell another 20 percent, bringing them into the spring with 30 to 35 percent of their work sold for the year.
Borst says typically the landscape they’re dealing with in the wintertime is a full master plan for a property that is new or being renovated. They try to get them in the planning phase in the late fall or early winter so they are ready to start in the spring.

“In New Jersey, we have a huge permit process that we have to go through each town,” Borst says. “So, most of our projects involve engineering plans with engineering companies. A project from design to start could take about four months, maybe five months in some situations.”

Another benefit of performing winter work is to provide steady employment to more workers.

“It allows us to have our employees have normal lives during the winter,” Manzer says. “Because we’re in the Northeast, a lot of times guys will get laid off for a certain number of weeks. It allows us to keep better employees working.”

Manzer says working in the winter helps with employee morale and loyalty. He says since they started winter work, they’re able to keep 40 to 50 percent of their staff now.

Burkholder says they are able to keep their sales and design teams on over the winter as well.

“This winter we employed as many people we could through the winter because it was a very mild winter and we could keep going all the way through,” Borst says.

Yet Borst’s company encountered the problem of a lot of their install crews are H-2B workers whose visas expire mid-December and do not come back until springtime.

Depending on where you are located geographically and the whims of the weather that particular year will determine if you can go about installing any of the work you sell over the winter.

Located in northern New Jersey, Borst says it’s pretty iffy for them when it comes to installs in the winter due to frost. However, last year he says they didn’t have to deal with frost in the ground and were installing landscapes throughout the winter and were even able to start planting on a few projects.

“So last winter was different than most,” Borst says. “But as far as what types of landscapes, probably in the wintertime we’re doing hardscape projects that work out pretty well. What we try to do if we have a project we want to go through the winter, we’ll try to get all the footings in place before the frost goes into the ground that way once the footings are in place we can start building all winter long.”

In Pennsylvania, Burkholder says they can’t work through the whole winter as things will start to get too cold and too wet, but they can install hardscape projects as long as the ground isn’t frozen.

“Our philosophy is because we also do snow, we shut down mid-December unless it’s a really odd mild winter,” Burkholder says. “We’re not geared up to install landscapes in the wintertime.”

Manzer says the winter weather makes it difficult to do concrete work, but pavers and segmental walls are easier to install.

“Our weather is so unpredictable here,” Manzer says. “It can be zero degrees one day and the next day it’s up in the 30s or 40s. The weather plays a big part because if you get freezing cold temperatures and then everything thaws out it could mess up the final project, with settling and stuff like that. I think if it’s really, really cold it’s hard on the guys because they don’t move as quickly.”

He says if it’s extremely cold they won’t work because they don’t want to risk their staff getting frostbite.

The weather can also slow down projects so be sure to temper clients’ expectations if you do decide to move forward with a winter install.
“In our area, we find that winter for us is very unproductive to do projects so as far as staying on track timewise,” Borst says. “We find the winter adds a lot of labor to the project. Normally if someone wants to go through the winter we actually charge more.”

Manzer says even though it hasn’t snowed as much in recent years, it has rained frequently enough to prevent them from working on jobsites in the winter.

“We’re typically a 40-inch market for snow,” Manzer says. “If it snows it’s not even really worth doing stuff because it’s more of a waste of time. It cuts down the productivity of the guys.”

Burkholder agrees that when it’s cold out things slow down, and he estimates it can slow their work down by 20 to 30 percent.

In other regions, the snow and the cold may be less of an issue but the winter rain can still affect productivity.

Burkholder says they don’t typically offer discounts for winter work, but if they don’t have as much design work as they’d like they do discount their design fees.

“Discounting to be busy in the wintertime, along with the challenges that are inevitably going to happen if you’re trying to work in the wintertime is probably a really bad idea because then you’re losing more money,” Burkholder says. “I would really never discount the actual installation costs, no matter how cold it is.”

This article was published in the Nov/Dec issue of the magazine. 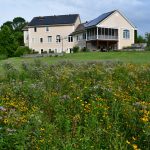 Landscape Architects and Designers Weigh In on the Future 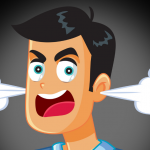 Working with Difficult Clients: When to Stay and When to Go