Business Smarts: Keys to Implementing Business Software - The Edge from the National Association of Landscape Professionals

As you are growing your lawn care or landscape company, eventually, there will come a time when it is imperative to add business software to help with your efficiency.

“When a business gets a certain size, there is no way for a person, or people, to remember everything needed to make the business work as it should,” says Jay Maier, general manager of Sargent’s, based in Rochester, Minnesota. “A good CRM is critical. It helps the sales process connect to the customers and connect to the crews doing the work. It also tracks all the stuff associated with the job so that we can look back and see how the job went.”

In other cases, you might have outgrown the business software that you initially started with and may be debating how to make a transition over to a different solution.

When to Implement or Change Business Software

If you’re on the cusp of adding business software or making a switch, you may be wondering when is the right time. There is no one perfect company size or timeline for this.

For Jensen Gardens, based in Springfield, Nebraska, they added business software when they needed to streamline the estimating process. While the company was smaller, Nick Jensen, vice president of the company, and his brother handled all the estimating.

“When you start hiring people, what’s in my head needs to get out of my head and get onto paper,” Jensen says. “We tried to get it to be so any estimator could go to the same job and pretty much come up with the same estimate.”

Christianna Denelsbeck, CFO for Landscape Workshop, based in Birmingham, Alabama, says while they had used payroll and accounting systems in the past, they didn’t have a true ERP system before rolling out Aspire in May of 2017.

“In order to manage day-to-day business operations, we relied on a number of different spreadsheets, Google forms, and other inefficient systems,” Denelsbeck says. “We called it our ‘Frankensystem,’ and we were constantly worried about what might break and cause a pause in our key operations!”

They decided to implement Aspire because they were at a key moment in their business’s growth and needed a system that would allow them to scale up the company.

“At that time, we were about a $30M a year company in terms of annual revenue; today, we are at about $75M in annual revenue,” Denelsbeck says. “The business has benefitted greatly by making this decision. There is no way we could run our business today on the systems we used prior to Aspire.”

Jackie Fiderlick, business manager of HVG Lawn & Snow, based in Pleasant Hill, Iowa, says they decided to change to Hindsite Software from another brand because it offered more of what they were looking for as far as field application use, scheduling jobs, and data reporting.

Maier says the ArborGold software impacts pretty much everything they do, from customer care to crew efficiency. He says the greater visibility of the business has been the biggest help.

“We have been able to see as detailed as we want to see,” Maier says. “Also, the visibility is by more people. Many people can see the schedule, the job costing, and so much more.”

Jensen’s company made the switch to Include Software’s Asset program and he says one of his favorite aspects is how the software has everything under one program, so he doesn’t have to go back and forth between multiple platforms. He says they have tripled in size since implementing Asset.

“There’s no way we could do what we’re doing now with stuff we had before,” Jensen says. “Asset’s biggest help is it just gave us a solid platform to grow from.”

He says the software does everything from lead tracking to the entire sales process. It also allows crews to clock in and out. Asset has add-ons as well, such as KPI reporting that lets them know if they’re reaching their goals.

With Hindsite, Fiderlick says two of the biggest aids have been digitizing their records and the RouteBuilder, which have helped with organization and time savings in the business. The software impacts sales/contract implementation and organization, scheduling, billing, payroll, and profit analysis.
Denelsbeck says Aspire impacts their business in so many ways.

“It provides most of the essential information needed to make the decisions to run our business, such as job costing,” Denelsbeck says. “It is also key for keeping our overhead costs down as the system allows for the business to scale without adding a disproportionate amount of staff.

One of the difficult aspects that may be preventing you from selecting your first business software or switching to a new one is the bevy of choices available.

“I would strongly suggest talking through every aspect of your business,” Fiderlick says. “Look at each division individually as well as within the office – what constraints do you currently face and what do you need to function more effectively and efficiently. Once you’re ready to commit, make sure you understand what key data you need to input in order to get the output you’re looking for.”

Maier says that at Sargent’s they looked at three different software options before choosing ArborGold. They included their designer, salespeople and operations manager, who looked at the features of each software and compared them to their current processes to see what would line up the best.

Denelsbeck advises taking your time evaluating the different systems that could be a good fit for your business and comparing at least two options.

“We talked to other landscaping companies and ultimately narrowed down our search to three potential vendors,” Denelsbeck says. “We had detailed meetings with the three final contenders, including software demos, Q&A sessions, and price quote discussions. We ultimately landed on Aspire because we felt as though their team was the strongest. The team that will be implementing and servicing your software matters a lot!”

Jensen adds that it’s hard to make the right choice but you should go to trade shows, ask around and take advantage of demos.

Jensen suggests not looking at just the price alone. He had originally considered Asset but went with a less expensive option and three years later ended up switching to Asset.

“I went with the route of least expensive because I didn’t want to spend the money,” Jensen says. “I realized that I needed if I was going to continue to grow, I needed more.”

He encourages other landscape company owners to just do it when it comes to implementing business software as there will never be a ‘perfect’ time to do so.

Once you’ve selected your business software, the implementation time period will vary on several factors. If you are merely switching software, it should take less time than if you have to digitize all your data from scratch.

“Everyone agreed that ArborGold was our best shot forward,” Maier says. “However, once we started implementing it, many people became skeptics. At that point, buy-in was a bit challenging both from the sales and operational sides. Our key leaders were bought in, though, so we were able to navigate the turbulence.”

He adds that he doesn’t know if they’ll ever get fully adapted to the software as there are always changes being made to get better.

Denelsbeck says the key to their successful implementation was spending four months planning the rollout. Taking the time to plan and generate buy-in shortens the window of uncertainty and change for business users.

“We had a detailed rollout plan for the operations team,” Denelsbeck says. “One of the most important parts of this ‘rollout’ plan was including stakeholders from all areas of the business in the planning phase and then assigning those stakeholders as the ‘branch champions’ of the implementation at their local branches. We spent a lot of time and resources on training and over-communicating the key changes in the implementation.”

She admits that while people don’t like change by nature, the back office staff works with the operations staff, so the decision to go live with Aspire was made together and communicated to the business as a united front.

With Asset, Jensen says implementation took them about six months. The Asset team would schedule training for specific modules and Jensen Gardens had to export their customer list and get their data cleaned up.

“When I made the switch, I wanted to make it like a clean slate and try to make it as good as we can,” Jensen says. “We spent a lot of time trying to scrub that information.”

Since rolling out their business software, the business has been growing rapidly, so Jensen says they’re working on training new employees on Asset all the time.

Fiderlick says it took them a month to get their data set up and then another three to four months to get their staff acclimated to the software.

“Initially, it was a struggle for our staff to switch, which we anticipated,” Fiderlick says. “There were concerns of being tracked, remembering to clock in/out and document appropriately, along with keeping the tablet charged. Over time though, most of our employees really enjoy having the application on a tablet. They like the simplicity of a digital function versus chasing paper and/or utilizing multiple different apps to provide the same output.” 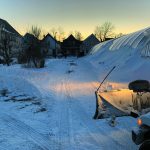 Should I Stay or Should I Snow Plow? 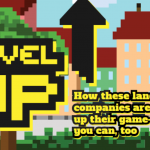 Level Up: How These Companies Are Stepping Up Their Game 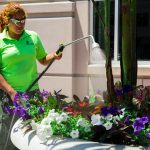