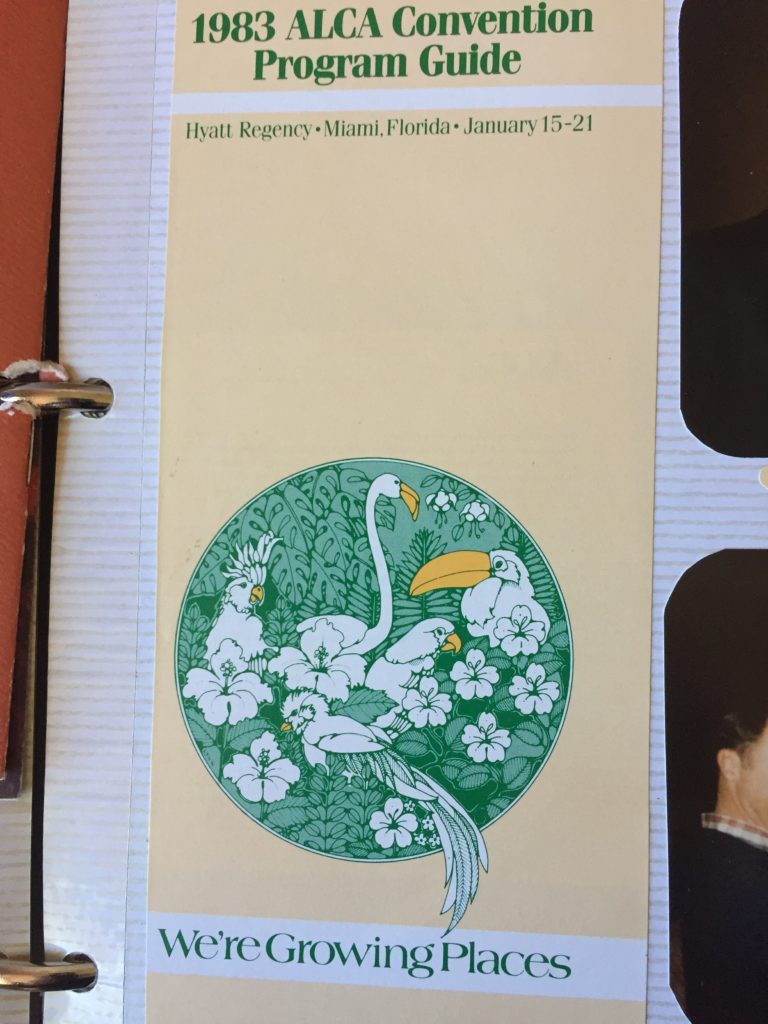 I love history and I love old photos, so coming across a scrapbook from the association’s past was really fun! ALCA, which merged with PLCAA to eventually become the National Association of Landscape Professionals, was the group that originated our national awards program.

There was a spouses’ program for the wives of the members, called the “Grass Widows.” From the looks of it, they had a blast.  They took tours, held teas and luncheons, even had group exercises classes and ran their own Board of Directors for the group. 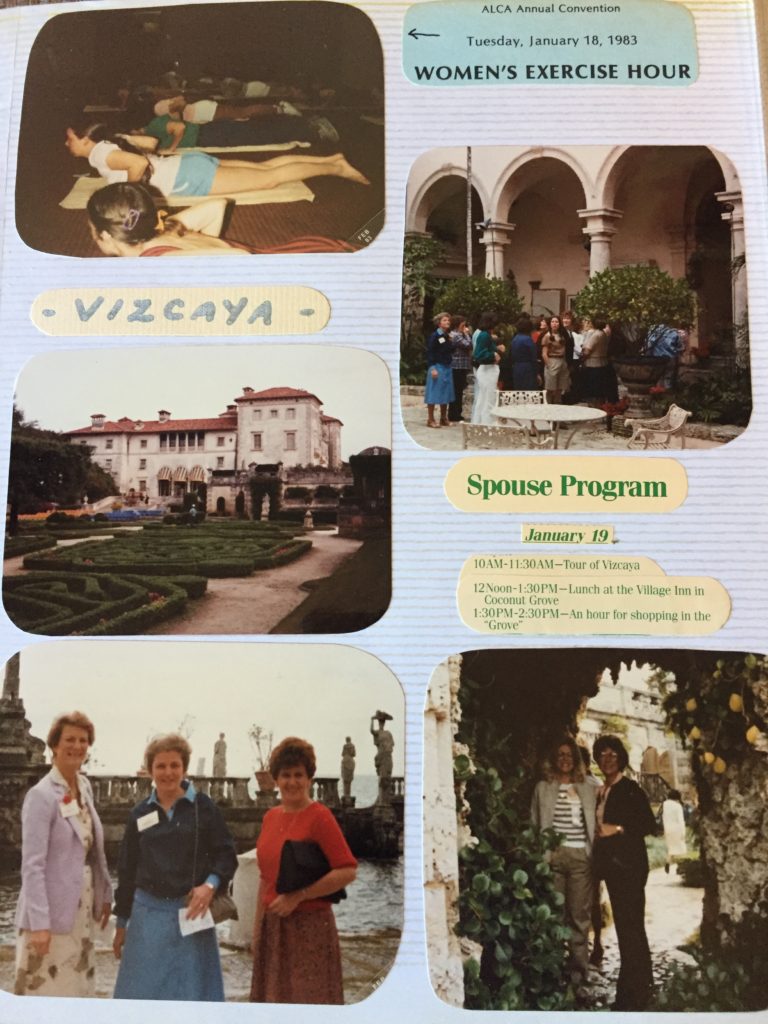 Despite what my husband says – print is not dead, and in this case paper wins out over our computer database, because thanks to the Grass Widows, we have a record of the winners and participants of some of the old awards programs and we have great photos of the conferences. 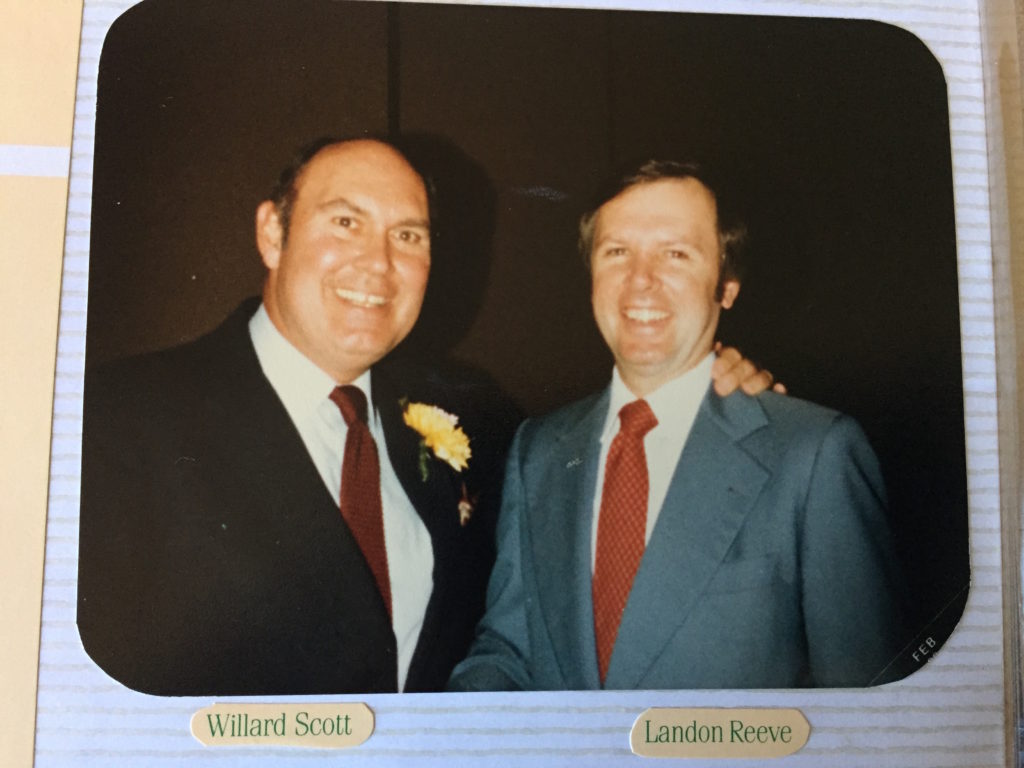 In 1983, the annual ALCA conference was held in Miami and the keynote speaker was Willard Scott (pictured with Landon Reeve of Chapel Valley.) What I love about reading the old awards program is that many of the companies that won awards 34 years ago, also won awards in last year’s Awards of Excellence! It is wonderful to see the commitment and decades-long participation and it is also inspiring to think of those companies doing great work over three decades, even with changing leadership and changing times. Some of the companies that won awards in 1983, are still participating today, including:

We love to honor and celebrate your great work with you. I hope you enter your projects in the Awards of Excellence this year (Deadline – July 31) and that in the year 2051, someone at your company looks back at our online gallery of projects and notes that your company won an award more than three decades ago and is still participating.