Safety Tip of the Week: How to Avoid Dangerous Plants and Wildlife While Working Outdoors - The Edge from the National Association of Landscape Professionals

Home » Featured » Safety Tip of the Week: How to Avoid Dangerous Plants and Wildlife While Working Outdoors

Safety Tip of the Week: How to Avoid Dangerous Plants and Wildlife While Working Outdoors

People who work outdoors a majority of the time, like landscape professionals, are exposed to many types of hazards. Hazards vary depending on the type of work, geographic region, season and duration of time they are outside. While many plants and wildlife are safe, there are some that present safety concerns. Employers should train outdoor workers about dangerous plants and wildlife, including identification and recommendations for preventing and controlling their exposure.

For instance, this year, forecasters at www.pest.org predicted the warm-weather months in the U.S. will be a bad time for anyone who wants to avoid ticks, with tick populations likely to be larger than usual, and weather conditions likely to put ticks in range of people for much longer than average.

Ticks thrive in humidity, so a wet year can boost populations and increase the number of places they can live in. And warm winters and lingering summer heat add weeks of activity for the animals that ticks use as hosts, making them more likely to spread into the areas where humans live.

And while some regions, most notably the Southeast, may not see more tick activity than usual, most states will experience the warmer, wetter conditions that drive tick populations—and the prospect of tick borne diseases—skyward.

Experts recommend showering within two hours of being outside, and your risk of tick-borne disease drops by about 80 percent. This also offers a chance to survey the skin for unwanted hitch-hikers. It can take up to 24 hours by some estimates for a tick to transfer a pathogen to its host.

For outdoor workers, sometimes getting that shower two hours after being outside might not be easy. Here are some other tips industry experts recommend for avoiding ticks, as well as other dangerous plants and wildlife. 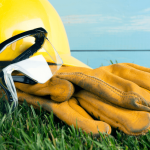 The Value of OSHA 10-Hour Training 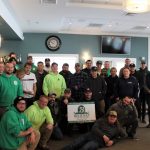 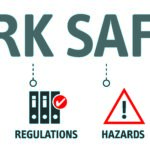 The 3 Most Important Types of Safety Communication for Landscape Professionals