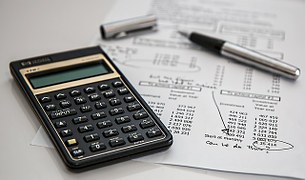 In mid-July, Congressman Kurt Schrader (OR-5), Congressman Jim Cooper (TN-5), Congressman Henry Cuellar (TX-28) and Congressman Collin Peterson (MN-7) introduced the Overtime Reform and Enhancement Act, legislation that will initiate a three-year phase-in of the Department of Labor’s new overtime rule. The phase-in is designed to mitigate the impact of the new rule, and provide additional time for employers to make adjustments to comply with the new overtime threshold of $47,476. READ MORE

The measure also calls for the elimination of the automatic three-year increase to the salary threshold established under the new rule. The bill recognizes that future administrations can and should update the overtime rules, as they are required to under the Fair Labor Standards Act, but limits the ability of the DOL to mandate automatic updates.

NALP supports this measure and is still working in conjunction with other small business interest stakeholders as a member of the Partnership to Protect Workplace Opportunity (PPWO), NALP has signed onto a PPWO letter supporting the bill and will work to encourage grassroots support by landscape professionals as the legislation progresses through Congress.