NALP Members in the News - National Association of Landscape Professionals

Check out the latest news from NALP members!

NALP supplier member Gempler’s was purchased by Carl Atwell, the company’s new president, in January. The company sought a new buyer after previous owner, Ariens Specialty Brands, chose to focus on its power equipment business. Gempler’s then relaunched its website in March to better showcase products and improve functionality for customers. Atwell says: “We’re even … more disciplined and unwilling to compromise from the high standards we’ve set for our products.”

NALP member Ewing Irrigation opened a new location in Lehi, Utah, in April. The store’s opening is happening as Ewing celebrates 27 years in the Utah market. Ewing Lehi will have a grand opening 11 a.m. to 2 p.m. on July 11.

NALP Members in the News: FMC to Invest $50 Million in Capital Improvement Projects

FMC Corporation will invest more than $50 million over the next three years in capital improvement projects. This includes a greenhouse and research facility reconfiguration. When FMC acquired DuPont’s crop protection business in 2017, it gained the 515-acre Stine Research Center campus. It also retained 500 jobs in Delaware, transferring 45 employees from a nearby state and creating 19 new positions. The company will also hire 13 employees over the next three years, which would increase the total of full-time R&D employees at the Delaware campus to 375.

To be eligible for the grand prize, the design/build firm must be younger than 10 years old with revenue less than $500,000. Design/build must make up at least 25 percent of the firm’s work, and the company must have a functional website. To enter The Design Build Contest, complete the entry form at jeffreyscott.biz/the-design-build-contest by July 31. 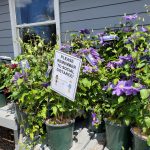 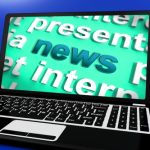 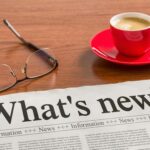