Having vacationed with his family in Treasure Cay (part of the Great Abaco Island, Bahamas), Mark Maslow, owner and president of Southern Landscape Group Inc., in Evington, Virginia, says he was on alert watching the news about Hurricane Dorian. When Hurricane Dorian struck the island, he knew he had to do whatever he could to help. As a pilot and a private plane owner, Maslow sprang into action. He began delivery and rescue trips as soon as the storm subsided.

“I was able to connect with a couple of non-profits that had the supplies that needed to get to the islands,” Maslow says. “The only way to get there right now is by plane. Hurricane Dorian destroyed all of the marinas.”

Hurricane Dorian: Flying to the Rescue

Of course, no commercial flights are coming in, either, so the relief effort has largely been performed with private planes. At press time, Maslow had taken 19 trips in his plane—a self-funded mission that Maslow says just felt like the right thing to do.

“This is such a beautiful place on Earth filled with wonderful people,” Maslow says. “We have developed friendships with many people there and have just been heartbroken by what we’ve seen.”

During Maslow’s trips, he helped in various ways. He has brought 4,800 bottles of Amoxicillin, food and other supplies to the island. He even brought along a water filtration system that could produce 1,200 gallons of clean drinking water each day. Maslow says, currently, with the water treatment plant down, there was no other access to clean water.

Maslow flew some medical teams to and from the Bahamas. He also transported people from Abaco to Nassau, which is serving as a relief island. Many Dorian refugees have tried to make their way to the Bahamas capital, which was majorly spared by Dorian’s destruction.

“We are flying the sick over first and then their families,” Maslow says of the efforts to move people to safety.

Though Dorian is not making the news as regularly now in the U.S., Maslow says there is still a massive need for help. He urges other landscape professionals to look into ways they can use their skills, time or money to assist with the relief effort.

“The rebuild is going to be monumental. And I think they’re going to need hands and feet to help put everything back together,” Maslow says. “Right now, there’s so much other work to be done. There’s clearing debris and just taking care of people’s immediate medical needs. The rebuilding efforts cannot even begin. This will be going on for years. I think there will be a lot of volunteer opportunities in the future.”

In the meantime, Maslow says donations are a great way to help. If you’d like to help his personal mission to assist Treasure Cay, organized through Thomas Road Baptist Church, donate here. 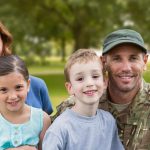