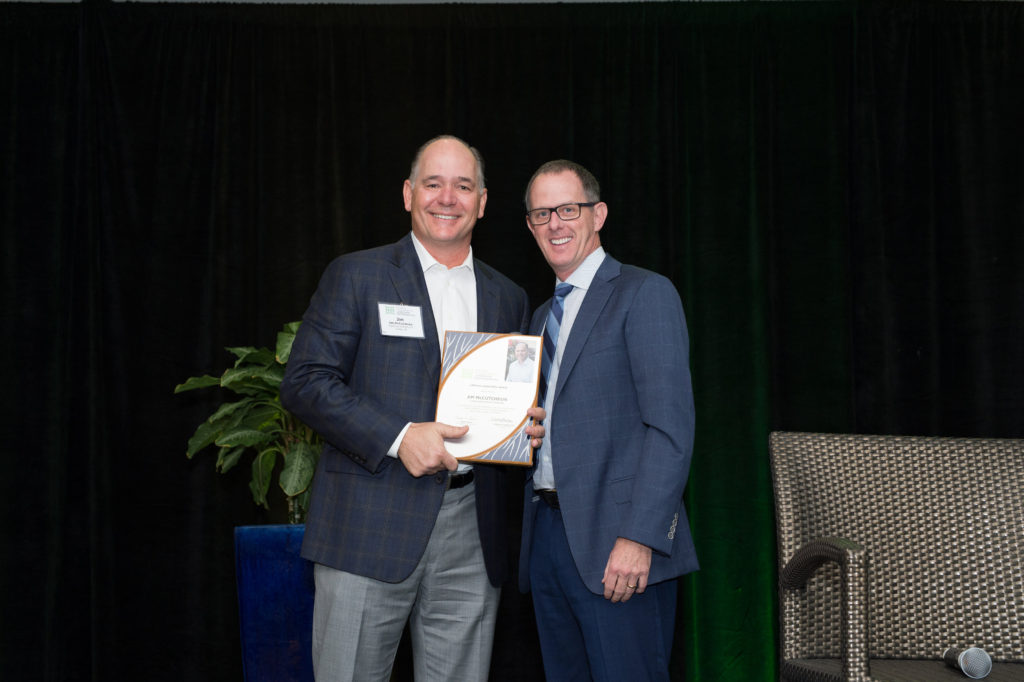 At the Awards Breakfast at Leaders Forum in St. Thomas, on Jan. 13, 2017, Jim McCutcheon, CEO of HighGrove was presented with NALP’s Lifetime Leadership Award.

McCutcheon is a former President of NALP, he was the chairperson of the National Collegiate Landscape Competition. He was President of NALP’s Foundation and is also a Platinum Donor. He has spearheaded major fundraising efforts for the Foundation and has been driving the association’s programs to attract new people into the industry.  He also served for many years on the Crystal Ball Report committee as well as many other committees in NALP and in other professional associations as well.  He is a Trailblazer and a mentor. He is a founding member of the Industry Growth Initiative and the current chair-person of NALP’s Public Affairs Advisory Council. Watch this video to learn more.